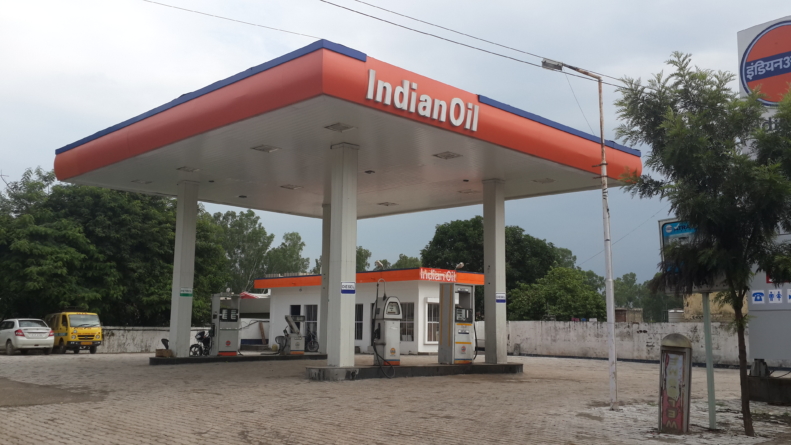 New Delhi: Petrol and diesel prices are at all-time high and it has been 9 regular days since the prices have been going up. In last 9 days the prices of petrol and diesel have risen by Rs. 2 per litre. Despite the regular price rise, the Government is still silent over it and has given no solution regarding the same. It was only yesterday when Dharmendra Pradhan, Minister of Petroleum & Natural Gas said that Government is discussing all the aspects to bring down the prices of petrol and diesel and necessary steps would be taken.
Today, the prices of petrol and diesel in Delhi were Rs. 76.87 per litre and Rs. 68.08 per litre respectively. While on Monday, the prices were Rs. 76.24 per litre of petrol and Rs. 67.82 per litre of diesel. This is for the first time when the petrol prices have crossed the Rs. 76 mark after September 2013.
The petrol and diesel prices have soared up due to high crude oil prices in the past few months, coupled with weakness in the rupee against the US dollar as well as production cuts by the OPEC (Organization of the Petroleum Exporting Countries.
Notably, the Government had kept the prices under check during the Karnataka assembly polls but after the results there has been a constant hike in the price. It should also be taken into account that neither Government nor the opposition is talking about the soaring prices in any of the debates.
With constant increase in the petrol and diesel prices, the household budget is surely to get disturbed because inflation will rise hence prices for daily need items would go up.
On Monday, the industry bodies – FICCI and ASSOCHAM demanded for an immediate cut in the excise duty so as to bring down the prices a bit. Sachin Pilot, Rajasthan Congress Chief also demanded that the Central as well as State Governments should reduce the excise duty and VAT on petrol and diesel to give immediate relief to the common man.
The traders at the Agricultural Produce Market Committee (APMC) also said that in the past three years, there has been constant increase in transportation charges of moving goods. “The transportation cost has gone up by 10 per cent in the past three years but the profit ratio has not gone up even by half,” said Shankar Pingle, an APMC trader.
APMC in Vashi also are of the opinion that this will directly impact the retailers and farmers as their cost of transporting the vegetables will increase hence they will send their vegetables at higher prices to recover the increased transportation cost.

(Prices of Petrol and Diesel in last few days)