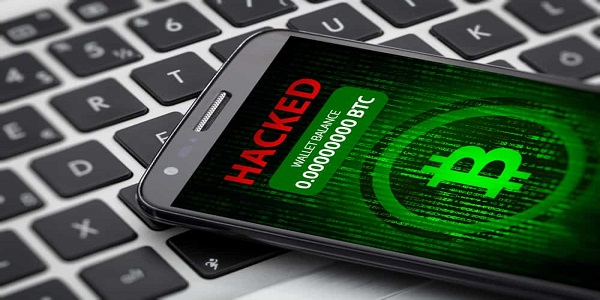 Paris: Has your smartphone suddenly slowed down, warmed up and the battery drained down for no apparent reason? If so, it may have been hijacked to mine cryptocurrencies. This new type of cyber attack is called “cryptojacking” by security experts.

It “consists of entrapping an internet server, a personal computer or a smartphone to install malware to mine cryptocurrencies,” said Gerome Billois, an expert at the IT service management company Wavestone.

Mining is basically the process of helping verify and process transactions in a given virtual currency. In exchange, miners are now and then rewarded with some of the currency themselves.

Mining bitcoin, ethereum, monero and other cryptocurrencies may be very profitable, but it does require considerable investments and generates huge electricity bills.

But hackers have found a cheaper option: surreptitiously exploiting the processors in smartphones.

To lure victims, hackers turn to the digital world’s equivalent of the Trojan horse subterfuge of Greek mythology: inside an innocuous-looking app or programhides a malicious one.

The popularity of games makes them attractive for hackers.

Researchers at IT security firm ESET said, “Recently, we have discovered that a version of the popular game Bug Smasher, installed from Google Play between 1 and 5 million times, has been secretly mining the cryptocurrency monero on users’ devices.”

The phenomenon is apparently growing.

“More and more mobile applications hiding Trojan horses associated to a cryptocurrency mining programme have appeared on the platforms in the last 12 months,” said David Emm, a security researcher at Kaspersky Lab, a leading supplier of computer security and anti-virus software.

“On mobiles, the processing power available to criminals is less,” but “there is a lot more of these devices, and therefore taking in total, they offer a greater potential,” he added.

But for smartphone owners, the mining is at best a nuisance, slowing down the operation of the phone and making it warm to the touch as the processor struggles to unlock cryptocurrency and accomplish other task.

At worst, it can damage the phone.

“On Android devices, the computational load can even lead to ‘bloating’ of the battery and thus to physical damage to, or destruction of, the device,” said ESET.

However, “users are generally unaware” they have been cryptojacked, said Emm.

Apple exercises more control over apps that can be installed on its phones, so hackers have targetted iPhones less.

But Google recently cleaned up its app store, Google Play, telling developers that it will no longer accept apps that mine cryptocurrencies on its platform.

“It is difficult to know which applications to block,” said Pascal Le Digol, the country manager in France for US IT security firm WatchGuard, given that “there are new ones every day.”

Moreover, as the miners try to “be as discreet as possible” the apps do not stand out immediately, he added.

There are steps to take to protect one’s phone.

Besides installing an antivirus program, it is important to update Android phones to the latest version available, said online fraud expert Laurent Petroque at F5 Networks.

He also noted that “people who decide to download apps from non-official sources are at more risk of inadvertantly downloading a malicious app”.

Defending against cyberattacks of all kinds is “a game of cat and mouse”, said Le Digol at WatchGuard.

“You need to constantly adapt to the evolution of threats.”

In this case, he said “the mouse made a large leap”, said Le Digol, adding cryptojacking could evolve to other forms in the future to include all types of connected objects.