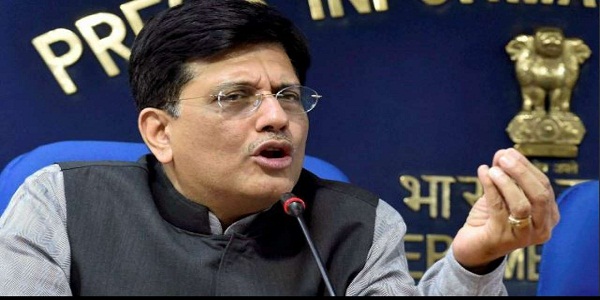 Mumbai: Piyush Goyal, who is holding the portfolio of Finance Ministry as Arun Jaitley is on medical leave, said that to solve the problem of bad loan a committee has been set up under Sunil Mehta, non-executive chairman of Punjab National Bank which would consider the establishment of an asset reconstruction company. Bad loans have made the conditions for the banking sector miserable.

Apart from Mehta, Rajnish Kumar, Chairman, State Bank of India and P.S. Jayakumar, Managing Director, Bank of Baroda will also be there in the committee.

The acting finance minister also said that the state-run are also mulling over screening committees to ensure that decision-making is not stalled due to fear of future investigations and these are like to be filled with former bankers or retired judicial officers.

Denying the reports ofthe merger of some state-run banks, Goyal said that banks make their own strategy and there is no interference of the government in their decision.

After meeting the heads of the state-run banks, Goyal told the media persons that the government of India feels that the autonomy of the banks should be recognized and that is the one big difference that the Modi government has brought to the Indian banking.

Minister said, “In the last four years, the government has not directed what banks have to do, we have not micro-managed credit flow, and we have not been interfering in bank management on any of their operational aspects.”

Indian banking is under severe stress with bad loans surging to Rs 10.17 lakh crore and stressed assets at nearly 15% of total loans.

While the government instituted the Insolvency and Bankruptcy Code (IBC) to resolve default cases, the resolution has been slow as the new system settles down.

It may be recalled that the former central bank governor Raghuram Rajan hadn’t been in favour of a so-called bad bank, which would take over all the rotten assets of lenders, thus allowing them to make a fresh start. His contention was that this would still mean the government (and, by extension, taxpayers) was on the hook.

Acting Finance Minister said that Prime Minister Narendra Modi’s government is committed to the state-run banks and will back them fully as these institutions are vital for the economic and social transformation of the country.

The minister said banks have themselves come up with ways to overcome restrictions imposed by the regulatory Prompt Corrective Action (PCA), which restricts lending by banks with weak financials.

He said, “There are many accounts which are also facing certain restrictive covenants because of restrictions placed on some banks in lending for which a process has been devised by the bankers among themselves to ensure that credit flow to good borrowers, where some of the PCA banks are also a part of the consortium, will also not face any difficulty in meeting their working capital needs.”

More than 10 banks are under PCA after bad loans rose past 10% of total loans. Unless these banks increase recoveries, they will not get additional capital.

The prime motive of the government in the financial year 2018 is to recapitalize state-owned banks to the tune of Rs. 2.1 lakh crore, of which Rs. 90,000 crore has already been infused. Most of it is has been absorbed in the form of provisions for bad loans.

The first of several restrictions under PCA is enforced when a bank’s capital falls below 10.25% or net bad loans go past 6% of total loans. At various stages, curbs on hiring and expansion come into force.

Goyal also said state-run banks that have been headless for the past few weeks would get chief executives soon as the government was addressing the issue.

This author has not added a biography. Meanwhile editor has contributed 674 posts. Click here to view them.